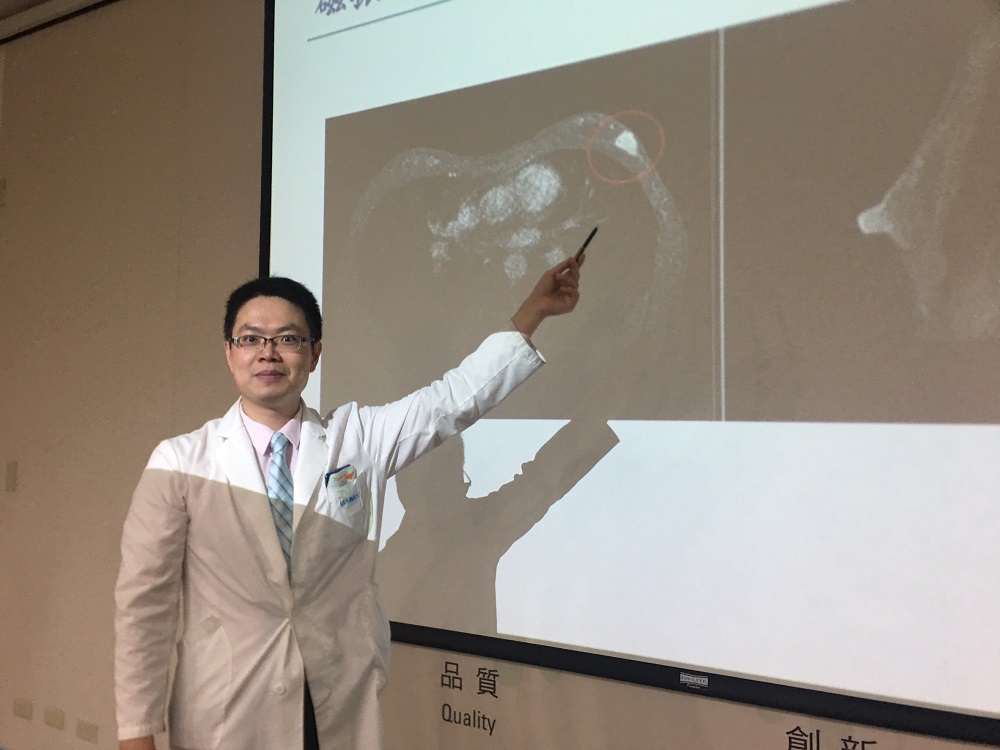 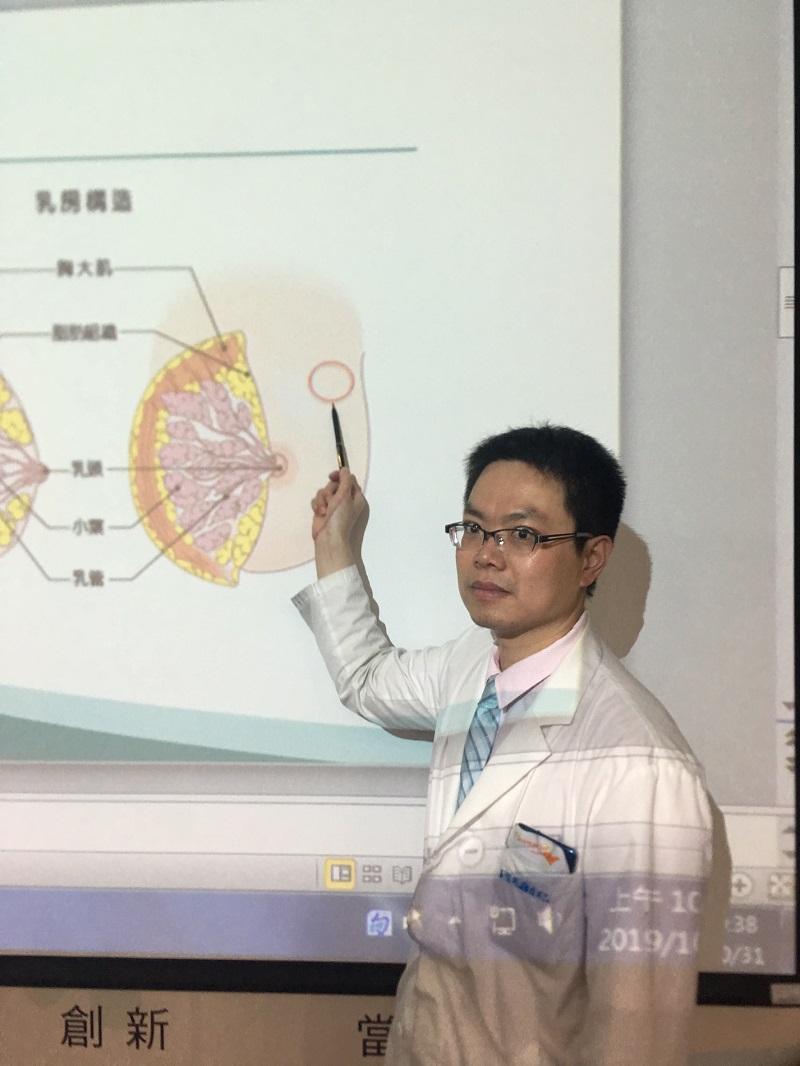 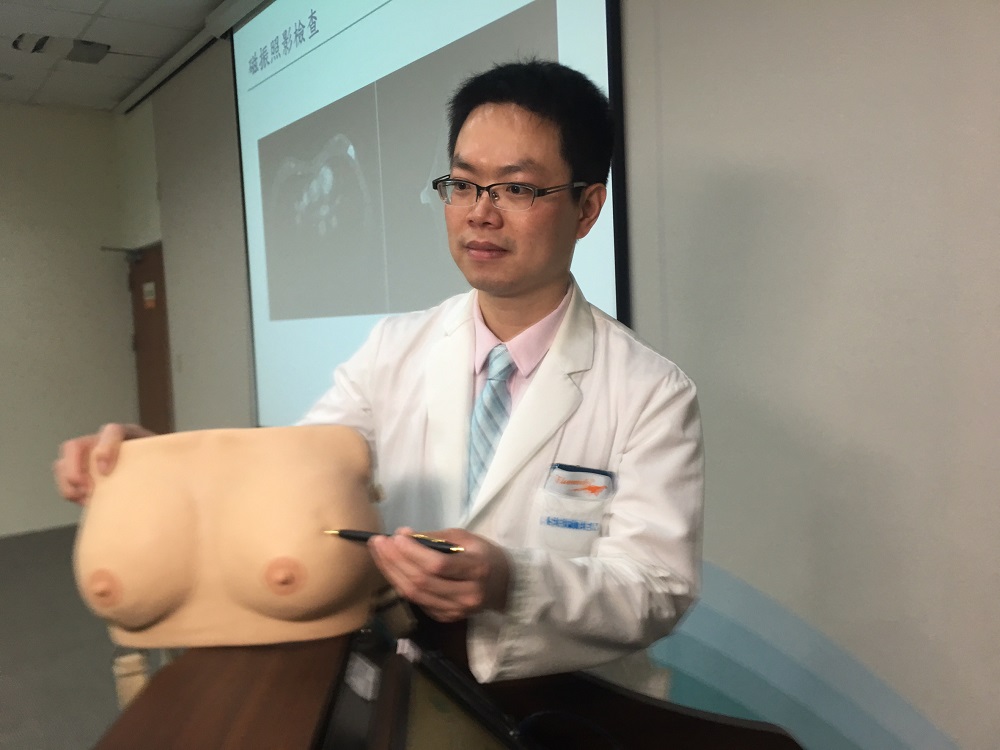 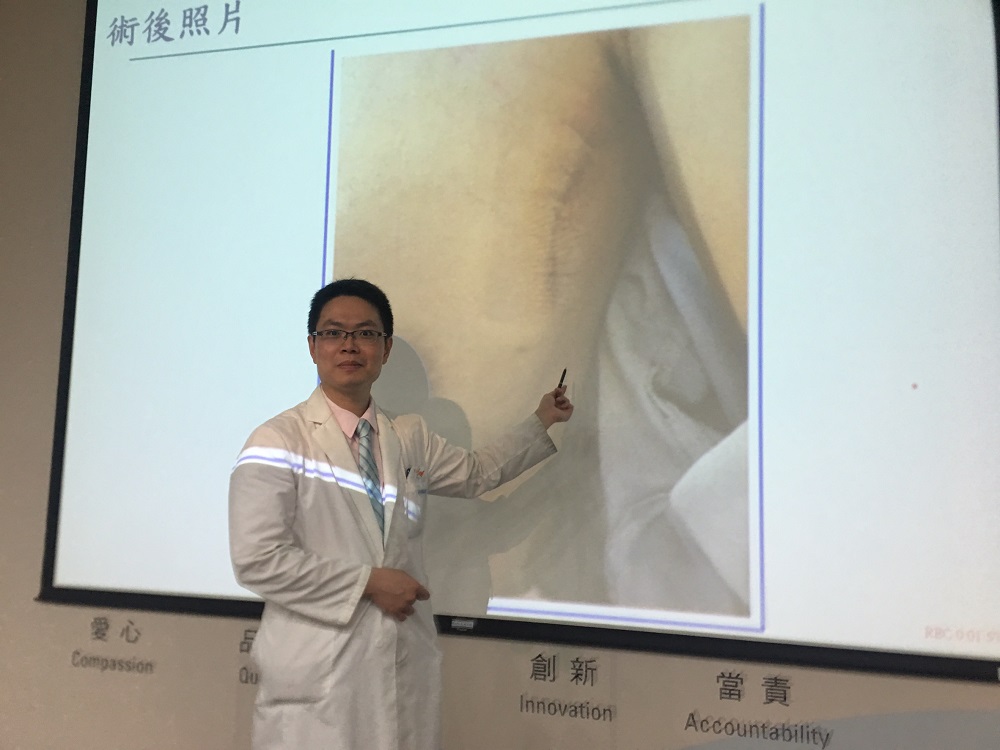 Ms. Tsai, a 32-year-old abacus mental calculation teacher, has an adorable 3-year-old child. It was detected that she had got a benign fibrocyst previously. In May this year, she touched a lump between her left breast and armpit. After physical examination, Dr. Hong Zhi-Qiang, the Director of Breast Cancer Surgery Department, Taichung Veterans General Hospital (TCVGH) confirmed the lump was a 1 cm malignant tumor at Phase 1.
As the tumor is quite far from Ms. Tsai's breast, the conservative treatment combined with radiotherapy and chemotherapy can be used to reduce the chance of recurrence. However considering Ms. Tsai was still on work and it would be very inconvenient for her to accept the radiotherapy for 20 times after the resection procedure, the medical team decided to adopt mastectomy with nipple retained and breast reconstruction after discussions. So after all tissues in the left breast were removed with endoscopy surgery, an orthopaedist filled silicone of 100 cc into the healthy right breast and silicone of 200 cc into the left breast.
Today Ms. Tsai is very satisfied with the therapy and has told her physician at her revisit: fortunately her breasts were reconstructed as her parents haven't given her such perky boobs. Postoperative reconstructions can keep a satisfactory appearance and self confidence for the young women without affecting follow-up ultrasonic scans; so they are positive to the patients.
Back
Go Top