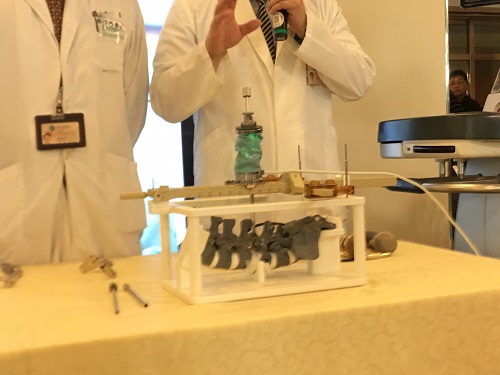 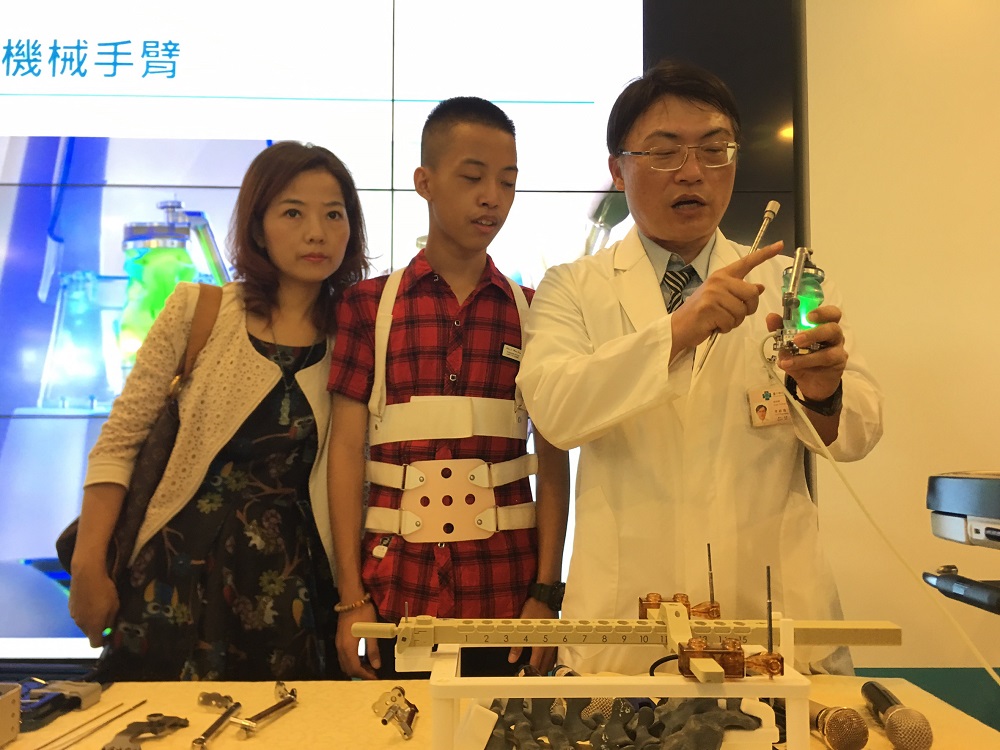 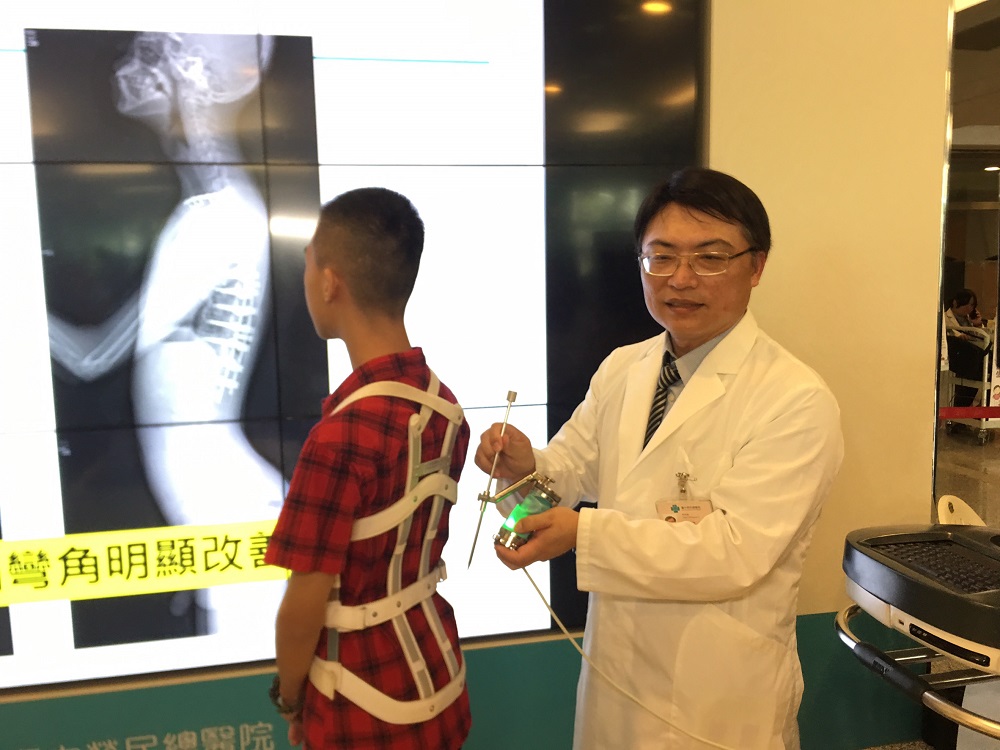 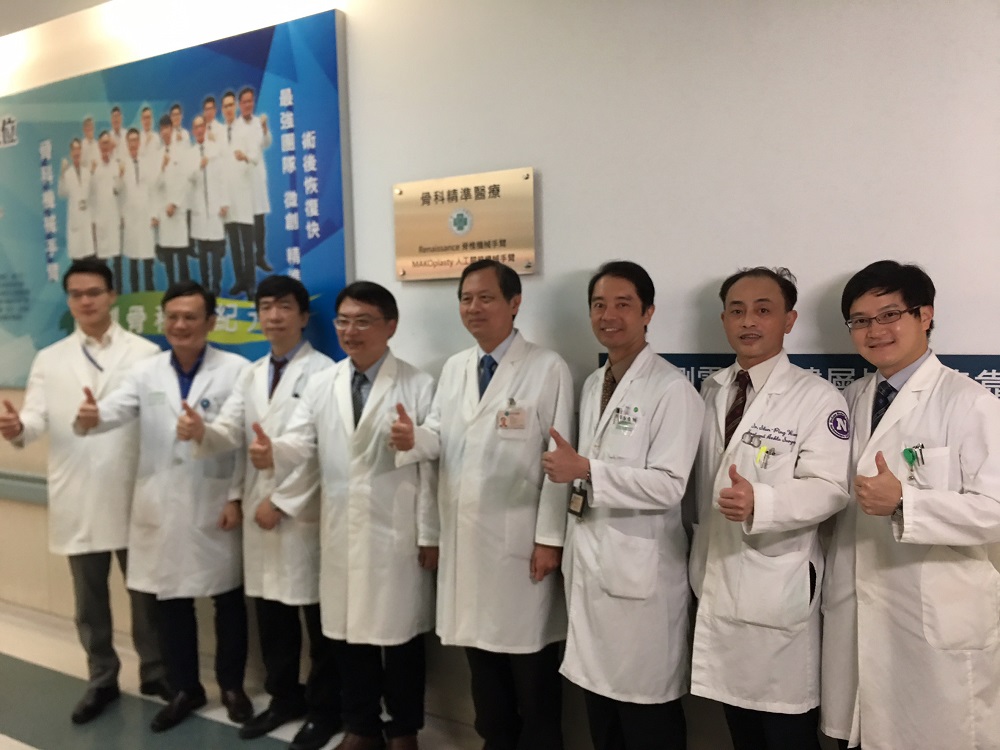 As a 13-year-old Eighth Grade student, Mr. Zheng had been diagnosed with idiopathic scoliosis since he was 9 years old. In May this year, when he joined in a relay race at the school sports meeting, he fell down and got injured. His scoliosis had reached 48 degrees when he had to accepted the medical treatment by July, which made him unable to sit for a long time and stand and move easily. And then he accepted the surgical treatment of mechanical arm in the Taichung Veterans General Hospital (TCVGH), which not only pulled his spine straight, but increased his height by 3 cm. So he has regained his smile and self confidence.
Dr. Lee Zheng-Hong, the Director of Orthopaedic Department of TVGH mentioned, the traditional spinal surgery was operated based on clinical experience of the physician and the bone nails were fixed with hands. In order to ensure correction fixation of the nails, over 200 X-ray photos might be taken repeatedly. For reducing the chances of radiation exposure, a mechanical arm was used for the position under the navigation of 3D computer. With only about 2 X-ray photos, the error rate of bone nail implantation could be decreased to no more than 1% and the implantation time could be reduced by half.
Mr. Zheng said, he had felt backache and had to stand up to do some exercises after 1 class ended before and his scoliosis degree had been reduced to no more than 10 degrees over 2 months after accepting the surgery. So he didn't feel backache any more and only needed simple procedures for surgery wound care. He wished to go back his school to participate in running and baseball continuously, which are his favorite sports.
Dr. Lee suggested there were orthopedic spinal surgery, degenerative spinal surgery, spinal burst fracture surgery, spondylolisthesis surgery, spinal tumor surgery and spinal infection surgery etc.. Among the patients who had accepted these surgeries, the youngest patient was 13 years old and the oldest patient was 84 years old. Even old ladies with scoliosis or osteoporosis had accepted the orthopedic spinal surgery conducted with mechanical arm.
Back
Go Top