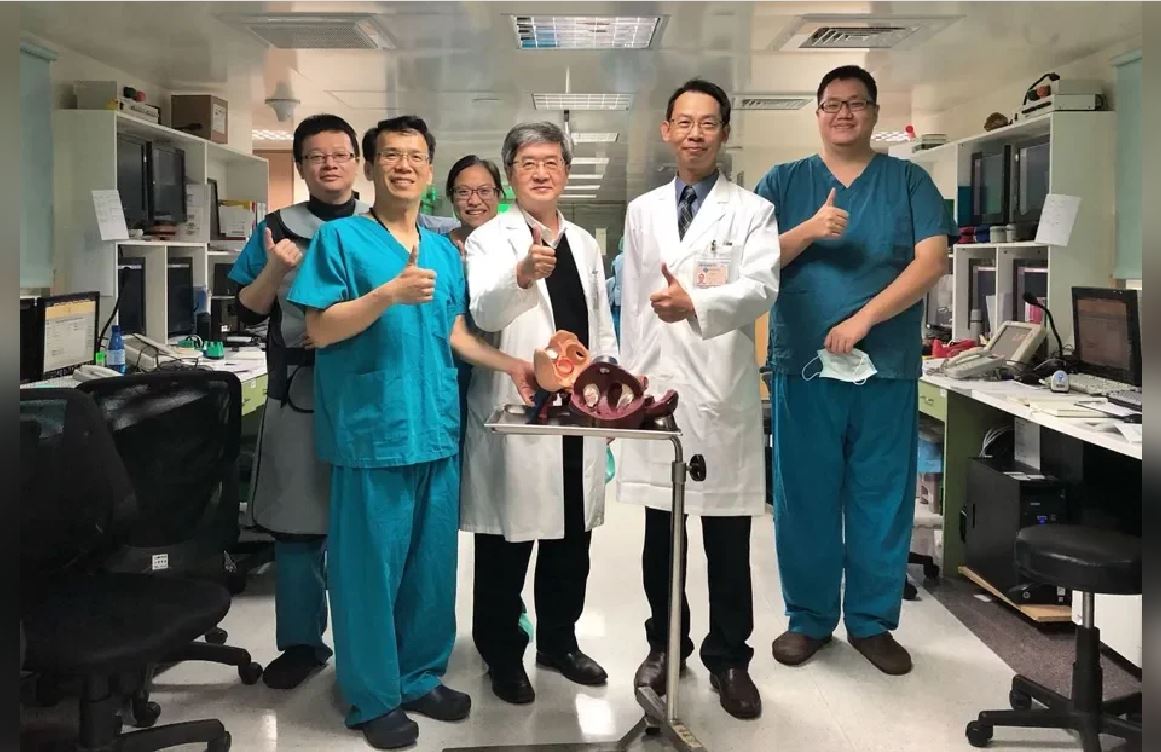 Mr. Xiao who is 65 years old had ever accepted catheter ablation due to atrial fibrillation and taken anticoagulants for treatment continuously after the surgery. One day, he suddenly felt his left hand and foot were weak and unable to speak fluently. So he revisited his physician and it was found he was suffering from cerebral infarction. And then he accepted the physician's suggestion to close his left atrium that is prone to thrombus. Finally under the considerate cares provided by the team from Cardiovascular Center of Taichung Veterans General Hospital (TCVGH), Mr. Xiao recovered without palpitation and the risk of stroke.
Dr. Xie Yu-Zheng, a Physician of the Cardiovascular Center, TCVGH suggests, atrial fibrillation (AF) is an abnormal continuous discharge in the atrium that causes irregular heartbeats and a patient with AF may be vulnerable to cerebral stroke with morbidity 5 times of that of normal persons because blood clots caused by atrial fibrillation may flow to the brain easily except for palpitations caused by tachycardia. Therefore a patient with AF should take an anticoagulant for a long term to reduce formation of blood clots in atrium and the incidence of stroke.
Dr. Xie Yu-Zheng mentions, about 2% patients still may be attacked by stroke or side effect of bleeding even if taking an anticoagulant. Today's medical technology allows the physicians to put a catheter into the atrium for closure to prevent thrombus and stroke. Under the considerate cares provided by the team from Cardiovascular Center,TCVGH, Mr. Xiao accepted catheter ablation followed by atrial closure and recovered well after the surgery. Later the outpatient follow-up has indicated no palpitation and the risk of stroke may threaten his health.
Dr. Wu Zi-Rui, the Director of the Cardiovascular Center, TCVGH mentions, more than 3,000 cardiac catheterization procedures are performed in TCVGH each year, including 3D ablation for AF/ventricular arrhythmia, balloon dilatation for coronary artery with chronic complete occlusion, emergency balloon dilatation for coronary artery, interventional diagnosis and treatment of critical diabetic foot, left aurcle occlusion and procedures for other complicated cardiovascular diseases. Thus it can be seen interventional catheterization plays an important role in the diagnosis and treatment of various cardiovascular diseases.
Back