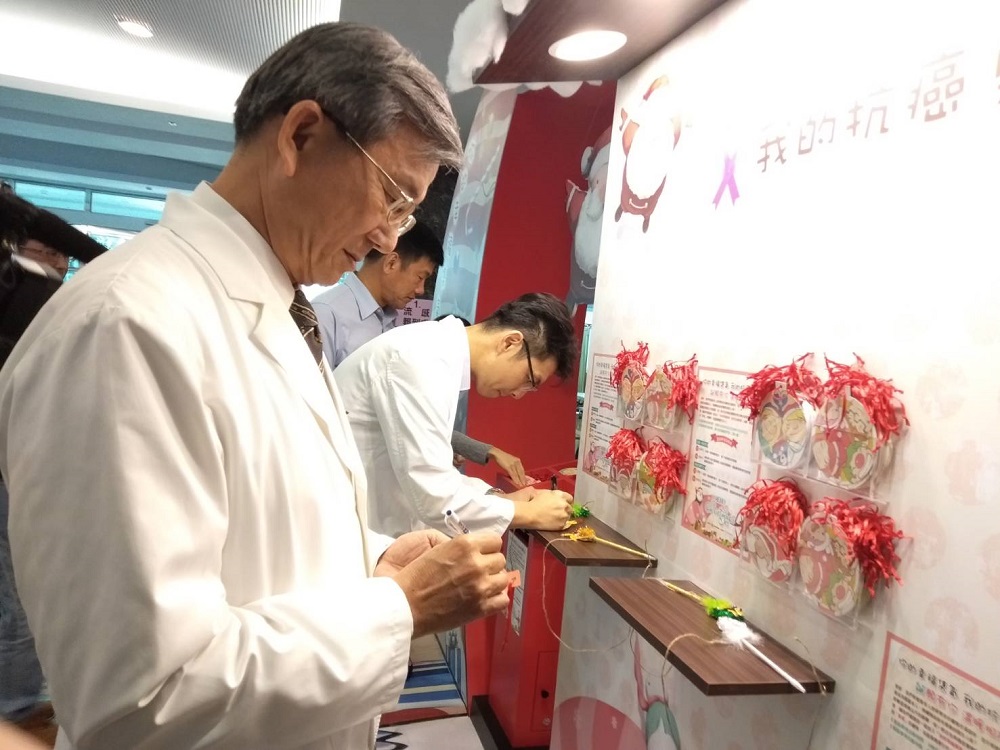 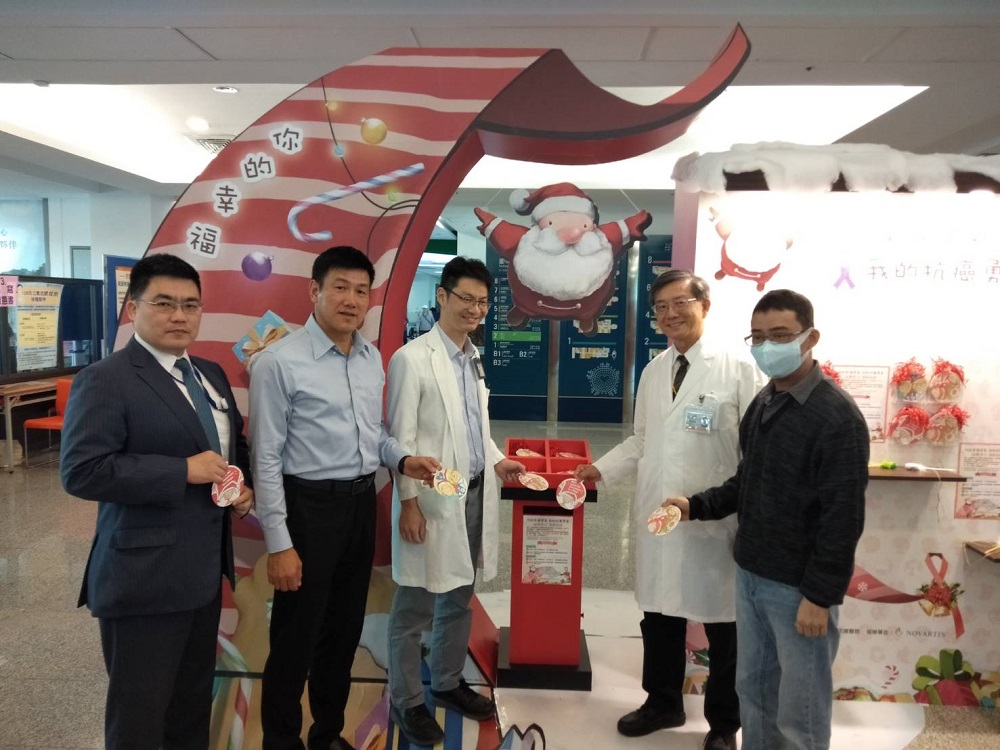 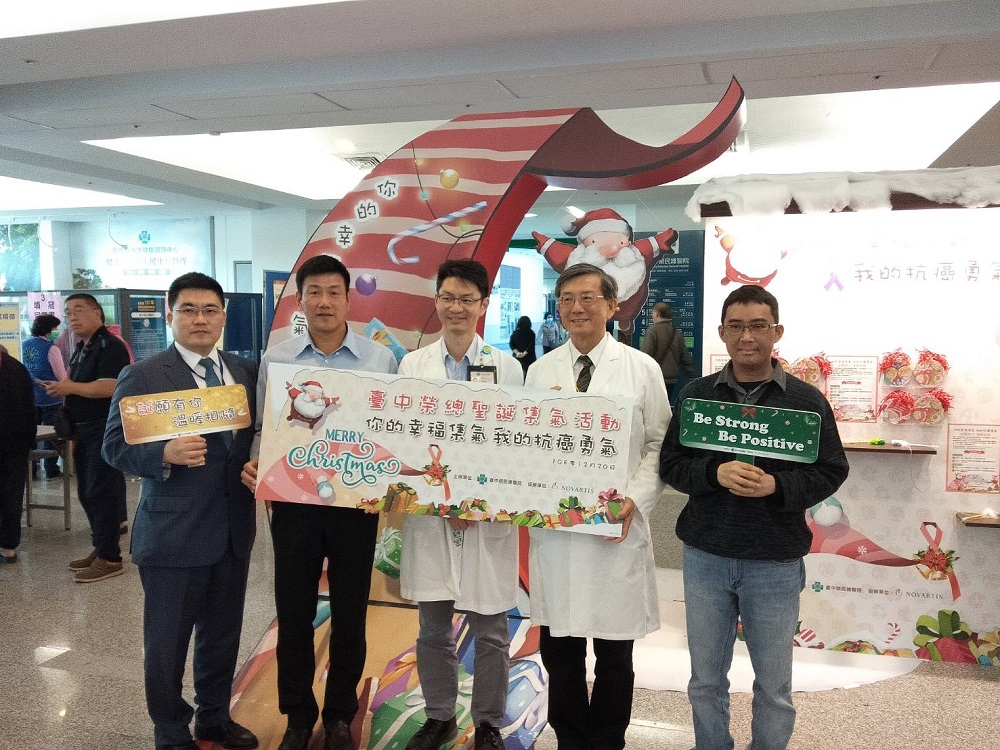 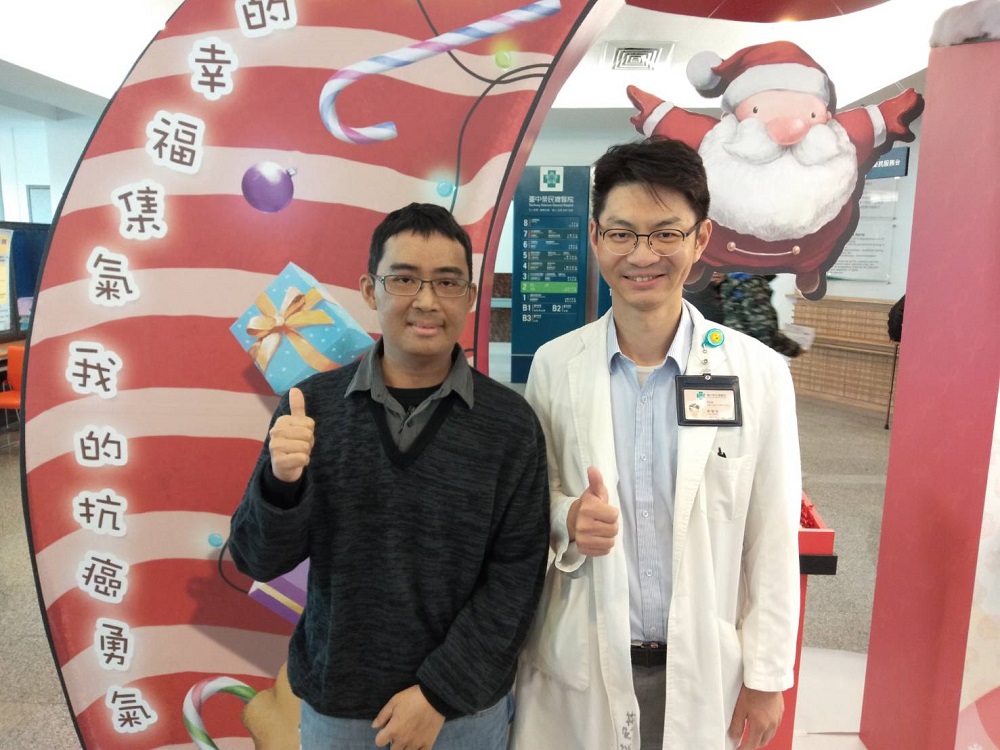 Dr. Wayne Huey-Herng Sheu, Superintendent of Taichung Veterans General Hospital (TCVGH) mentions: currently cancer has been the top cause of death in Taiwan for 37 years. Many kinds of cancer present no obvious symptoms at the early stage and when patients feel abnormal and seek treatment; most of their cancers have been in the late stage. So regular health checks are definitely essential for the public! TCVGH has simplified the screening procedure, conducted all-round promotions for four major cancers (colorectal cancer, oral cancer, breast cancer and cervical cancer) and encouraged the patients to cooperate their treatment actively so as to implement the cancer prevention policy of early detection and early treatment established by the Health Promotion Administration.
A 40-year-old male patient surnamed Chen had suffered from fever and fatigue for two weeks till early February 2019. Then he was diagnosed with "acute myelogenous leukemia" after seeking medical attention. He accepted the first round of chemotherapy for more than 1 month, but the result was not good and the effect wasn't satisfactory until he accepted the second round of chemotherapy for more than 2 months, during which he even had attacked by septic shock. Fortunately he has return to his work with favourable prognosis after accepting hematopoietic stem cell transplantation (HSCT) later.
"Leukaemia" is commonly known as blood cancer and the acute myelogenous leukaemia features fastest course, high mortality rate and poor prognosis. Most of the patients may refuse the treatment as they take it as a terminal disease. Chief Physician Dr. Teng Jie-Lin of TCVGH mentions, the patients with blood cancer should not be too depressed but cooperate with the treatment. Once the chemotherapy is found effective, the next key point is to reduce the reoccurrence rate. And bone marrow transplantation is the best way to reduce the risk of recurrence. In recent 5 years, around 100 cases of allogeneic peripheral blood stem cell transplantation have been conducted in TCVGH, among which 49 cases were made for the patients with acute myelogenous leukemia and the overall survival rate, at nearly 60 percent, has improved dramatically.
Back
Go Top